Watergate Bay Speed Hillclimb will return to the British motorsport calendar once again in 2019 and organisers of the event have revealed a new look to the Newquay based event on September 14/15.

Jointly organised by Newquay Auto Club, Plymouth Motor Club and Truro and District Motor Club, it was the first hillclimb to take place since the passing of a Parliamentary law enabled timed motorsport events to take place on closed public roads.

In September, the motorsport extravaganza will return once again with some exciting changes promised by the organising team. Thanks to approval from Motorsport UK, the governing body for the sport in the country, the challenging course will wind its way for 850 metres along the B3276 coast road between Padstow and Newquay, an extension of 130 metres from its original length.

In addition to the added distance to the course, spectators will be able to get a better view of the action thanks to a change in the location of the paddock and trade areas. After feedback from 2018, motorsport fans will be able to see much more of the hill and have full access to the paddock after the move to a clifftop location. 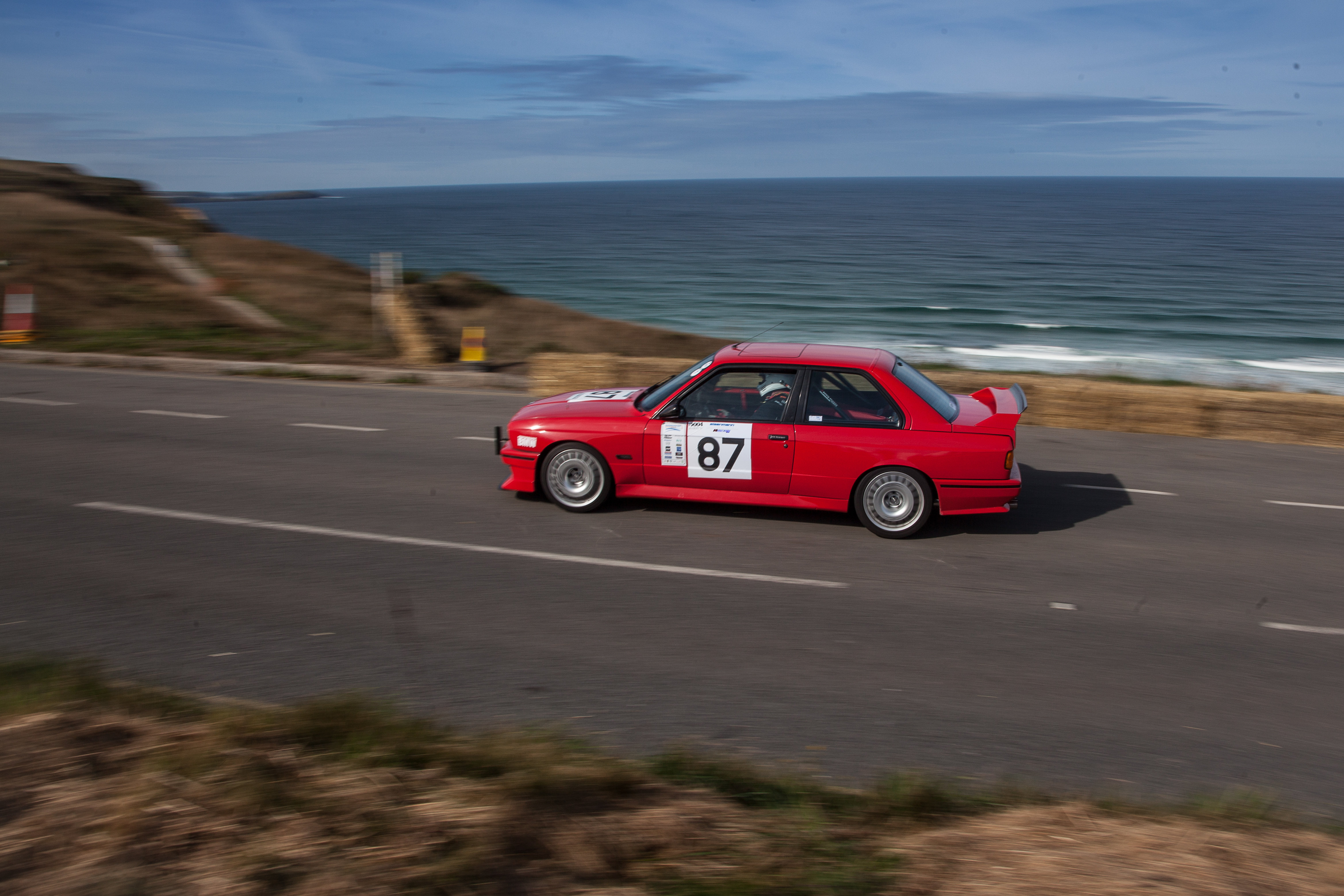 From almost standard road cars, to fully modified racers, a dynamic range of cars are set to flock to the region. Last year, there was success for local crews on both days with Tavistock’s Doug Bennett taking the opening fastest time on the Saturday event in his powerful Sylva Striker kit-car, whilst Chard-based Stewart Lillington took his Radical SR4 kit-car, to the quickest run on Sunday.

The event will also be the figurehead of Cornwall Motorsport Month which takes place throughout September. The county has a rich heritage of motorsport activities taking place throughout the year which can often be overlooked thanks to being a popular destination for tourists and surfers in the busy summer months. The campaign is supported by Motorsport UK and Visit Cornwall and has been created to highlight the region as a prime destination for both tourism and motorsport.

The inaugural running of the Watergate Bay Hillclimb took place in 2018 and was dubbed a huge success after attracting a capacity entry and raising over £6,000 for the local charities Cornwall Air Ambulance and Cornwall Food Foundation. It will continue to donate its profits to both charities in 2019.

Local business have also pledged their support for the second running of the Hillclimb with the prestigious Watergate Bay Hotel one of the first sponsors to return after year one. The Hotel is nestled in the heart of Watergate Bay and overlooks the start line, which led the establishment to offer its valuable car park and function rooms to the event.

Quintrell Downs-based Celtic Tuning will become a sponsor for the first time, joining Cowling Plant Hire, Mid Cornwall Self Storage, The Colourworx, WAX, Toniq and Penmellyn Vets who all return for a second year.

Event Organiser Dave Brenton is excited to see the Hillclimb return in 2019.

“We were delighted to be the flagship event for motorsport in the UK during 2018, being the first Hillclimb to take advantage of the new laws and despite having to work from a clean sheet, it was a great success,” he says.

“Now, we can take everything that we learnt from last year and package it even better for both competitors and spectators, offering a spectacular weekend of motorsport in one of the most beautiful locations in the UK. We are working hard to bring together the Cornwall Motorsport Month and the Hillclimb to once again put Cornwall well and truly on the map as a destination for both motorsport and tourism. We look forward to welcoming everyone back in Cornwall in September”.

Regulations for the second running of the Hillclimb will be released on July 15th at 8pm, along with the online entry system.

More information on the event can be found at www.watergatebayhillclimb.co.uk

More information on Cornwall Motorsport Month can be found at www.cornwallmotorsportmonth.com

You can catch up with all the latest news from the event on its social media feeds:
http://www.twitter.com/watergatehill
http://www.facebook.com/watergatebayhillclimb/
Image Credits: John Issac
Tagged under: 2019, Cornwall Motorsport Month

This website uses cookies to improve your experience while you navigate through the website. Out of these, the cookies that are categorized as necessary are stored on your browser as they are essential for the working of basic functionalities of the website. We also use third-party cookies that help us analyze and understand how you use this website. These cookies will be stored in your browser only with your consent. You also have the option to opt-out of these cookies. But opting out of some of these cookies may affect your browsing experience.
Necessary Always Enabled
Necessary cookies are absolutely essential for the website to function properly. This category only includes cookies that ensures basic functionalities and security features of the website. These cookies do not store any personal information.
Non-necessary
Any cookies that may not be particularly necessary for the website to function and is used specifically to collect user personal data via analytics, ads, other embedded contents are termed as non-necessary cookies. It is mandatory to procure user consent prior to running these cookies on your website.
SAVE & ACCEPT